We were so excited that our July birdwalk was led by long-time friend, expert birder and environmental leader, Leigh Altadonna! On Saturday, July 25, a group of 25 birders met up with Leigh and Janet Starwood of the Wyncote Audubon Society for an early morning birdwalk in Tacony Creek Park. We began at the Bingham Street Gateway (at Bingham St. and Roosevelt Blvd.) Armed with our binoculars and Tacony Creek Park bird Guides, we headed north along the trail.

Leigh serves on the Board of the National Audubon Society and is President of the Wyncote Audubon Society, one of the oldest nature oriented clubs in North America. Janet serves on the Wyncote Audubon Board and expertly located and identified lots of birds for us that morning. As we walked the trail, Leigh and Janet told us all about the various birds that live and breed in Tacony Creek Park. 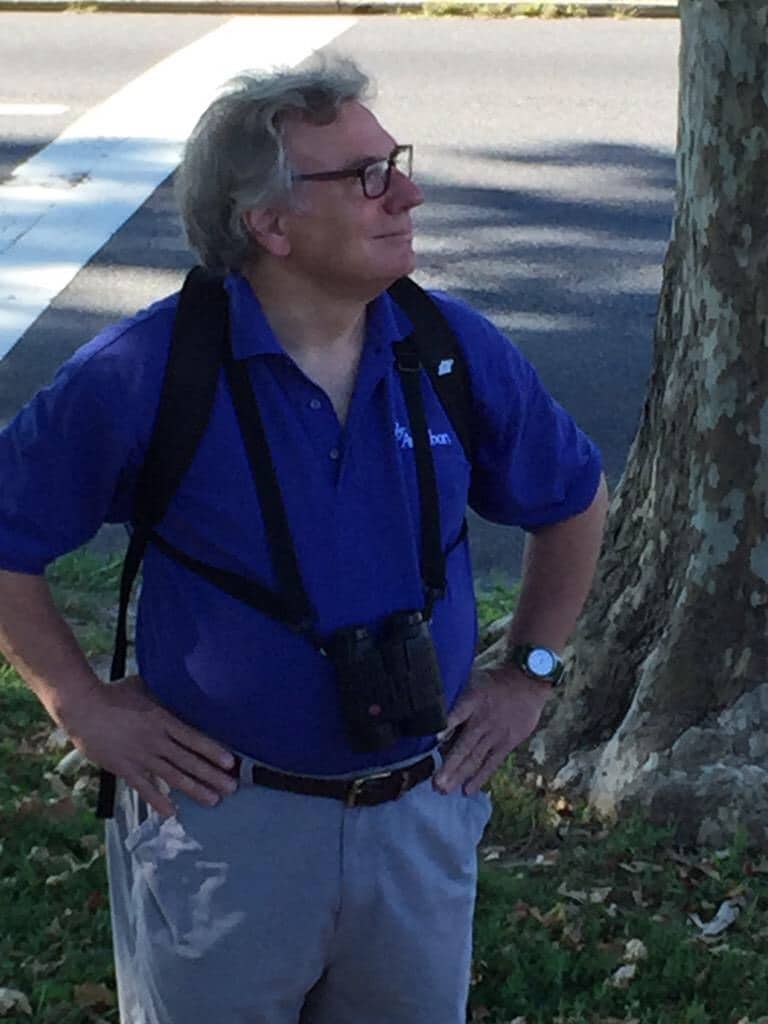 Birding in the summer time is often overlooked. Much of the excitement of birding is focused on the big Spring and Fall migrations, the chance to see colorful warblers flying in from the tropics in the spring or majestic eagles and their fellow raptors as they travel south in the fall.

The peak of summer is usually seen as a lull in the action, but there is a lot that we can still learn from the birds that stick around in our watershed. We can watch them raise their young and their patterns as they search for food throughout the season, and even observe a transformation as they molt their old feathers and grow in new ones. It’s also an exciting time for what’s known as post-breeding dispersal, when adults are done breeding and newly fledged young birds tend to spread out to find a place of their own. This can sometimes lead to surprising visitors you would not have otherwise been expecting to see. 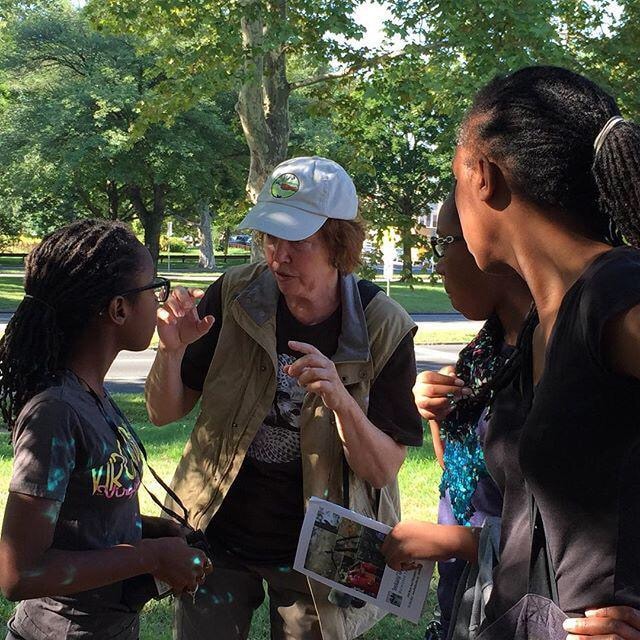 On our walk through the park we noticed Robins everywhere. One of the most familiar and recognizable birds found in our watershed, Leigh pointed out that they were not singing the same songs as they had been earlier in the year. The calls being made by the birds now were not the romantic songs sung by the males to attract a mate. By this time the new generation of Robins would have already hatched and fledged (left the nest) and would be foraging for themselves. If any of these adult birds were still actively mating, it would likely be their third set of offspring for the year. The Robins, as well as other familiar faces like the Gray Catbirds, ride out the summer in the park, filling themselves on fruits and insects throughout the season. This particular week the native cherry trees were ripe and the birds were having a field day. 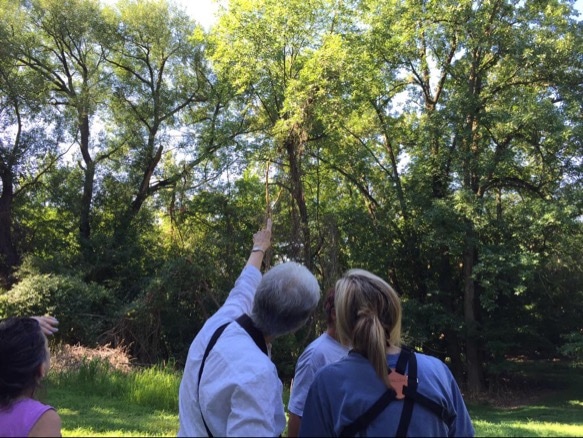 Some of the other birds observed were particularly interested in the feast of insects flying around in the canopy. Leigh and Janet spotted a small Flycatcher, caught in the act of ‘fly catching.’ These birds perch on a branch, waiting for insects to fly by. When one comes near they fly off, grab it and return to their perch in a swift, tidy loop. Another little insect eater was the Blue-gray Gnatcatcher, busy hunting in the branches above our heads. Even higher up above the trees tops, we caught a glimpse of several Chimney Swifts, circling wildly about, mouths open wide, catching bugs on the wing. 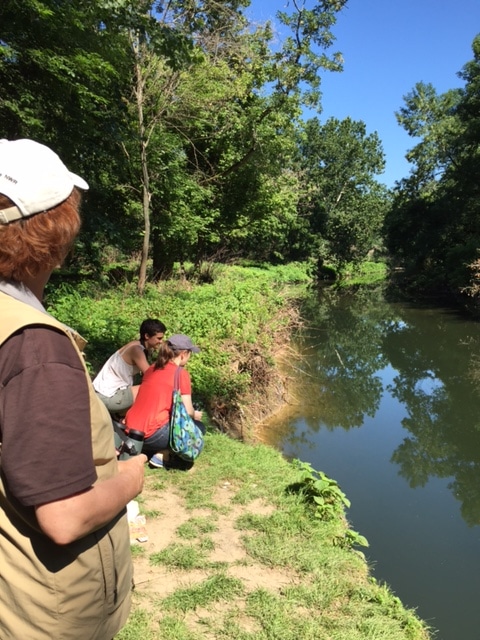 Though the summer is hot and not peak migration, there is still plenty to see and learn from the birds in Tacony Creek Park. We counted 19 species that morning and got to observe lots of really neat behaviors. The full list is below; we submit all of our checklists to eBird, an online data entry site through the Audubon Society.

Tacony Creek Park is an eBird hotspot! Visit the site and you can see all of the birds that have been logged there to date. There’s also a great article on the importance of summer birding.

Please share this blog with your birding friends! To find out about upcoming walks, visit our Upcoming Events. You can find the Tacony Creek Park Guide here or call us at 215-744-1853 and we’ll send you your own!