Maple Sugaring in Tacony Creek Park: How Sweet It Was!

We did it again! Tacony Creek Park had its second successful Maple Sugaring Festival on the first Saturday in March when 90 friends, families and neighbors from across our watershed joined us to enjoy this special afternoon. 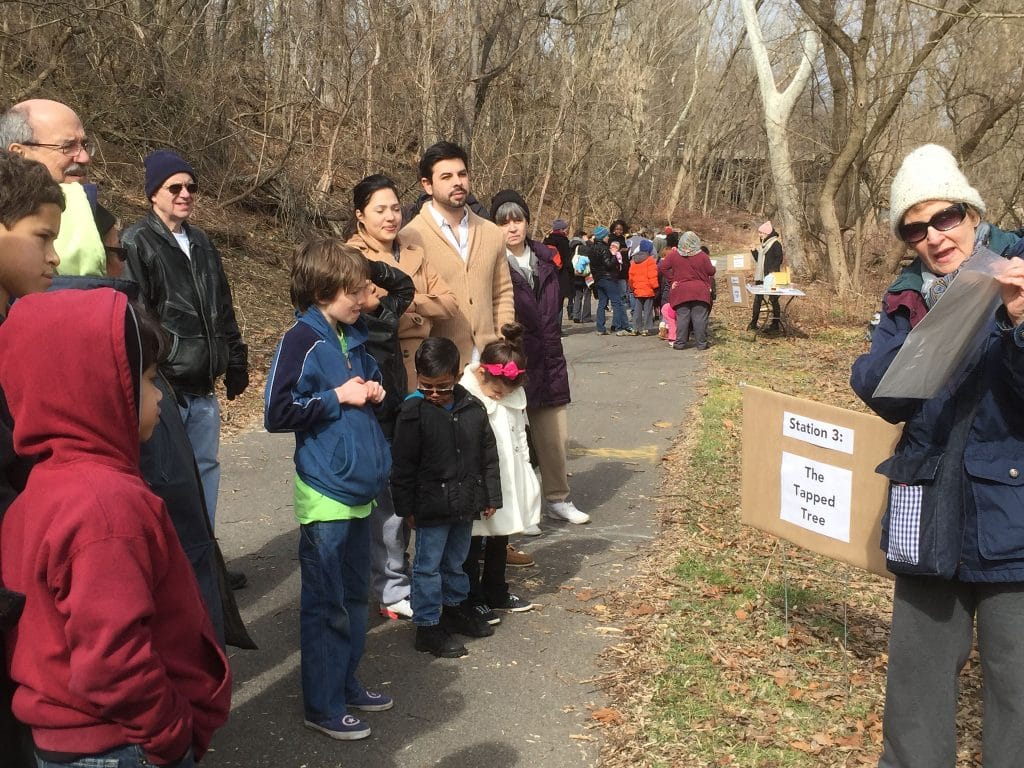 We started with an introduction to TTF and the wonderful park that is Tacony Creek and its trail. Afterwards, groups of 10-15 participants were led to four different Maple Syrup learning stations.

Groups listened to the story of the legends and myths of how Native American Indians first discovered and made maple syrup, and saw a world map of the countries that make this edible treat. 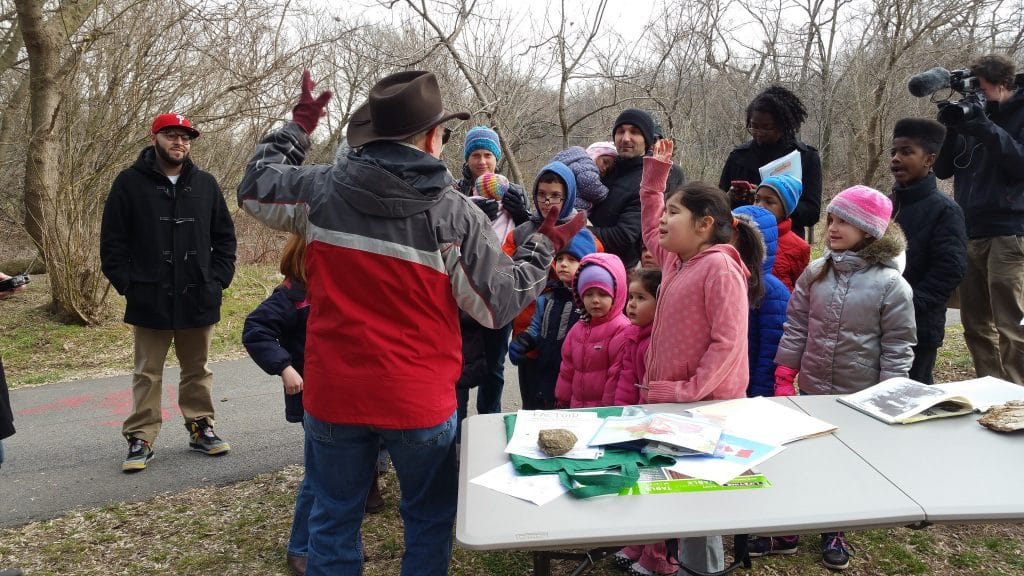 Did you know: even though maple trees grow all over the world, maple syrup is only made in Northeastern United States and Southeastern Canada? This is because these areas have the right kind of weather at the end of winter, when the days and nights fluctuate from cold to warm temperatures.

The drilling station was next. Everyone got a close look at the inner layers of a tree, and learned their names and how each layer works. Then they each had a chance to drill and “tap” a tree by practicing on a fallen log. 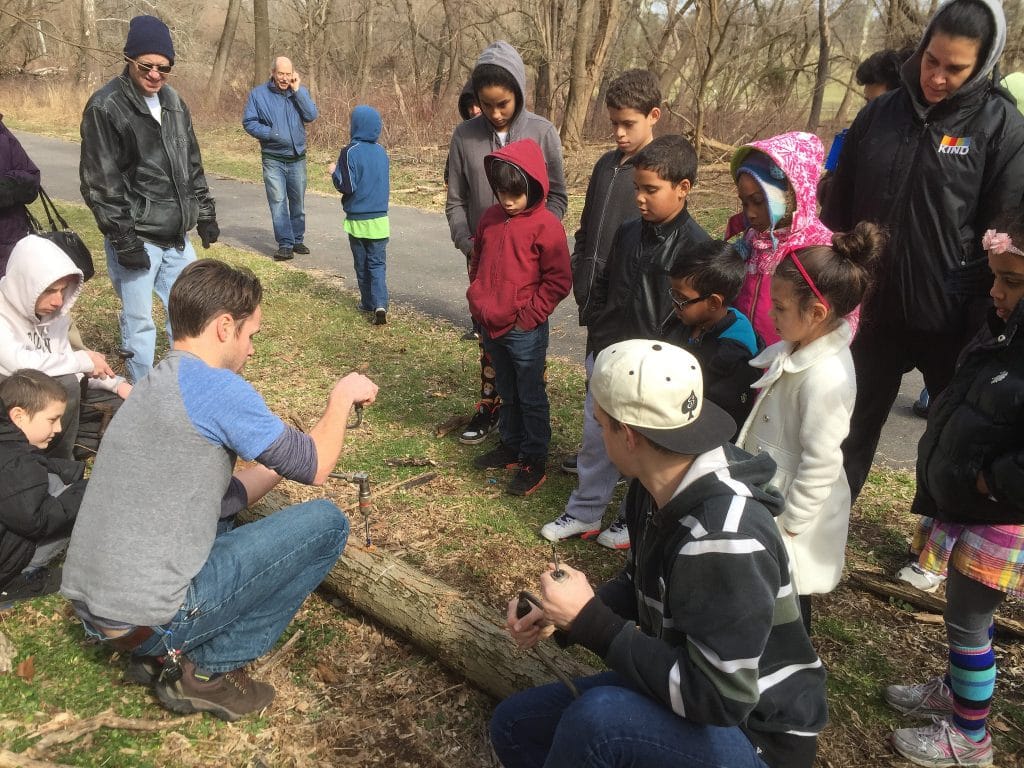 Next was a demonstration of a “Tapped” tree with a close-up view of the clear, liquid sap flowing through a tube and into a bucket. But wait… clear-liquid sap? Isn’t maple syrup a thick, golden color? 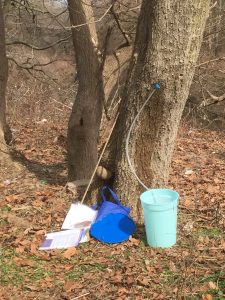 That’s right! The fourth station demonstrated how to turn the clear-liquid sap — which is mostly water — into sweet, golden maple syrup. This process is done outdoors or in a sugar shack by boiling the sap to evaporate the water until it reaches a temperature of 219 °F. 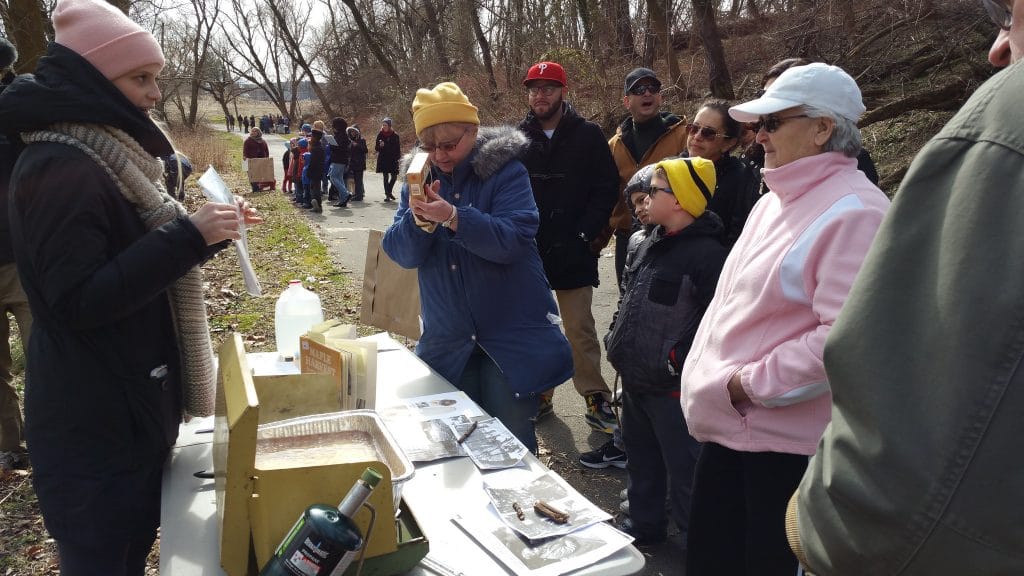 And what better way to end the day with a taste of maple syrup! 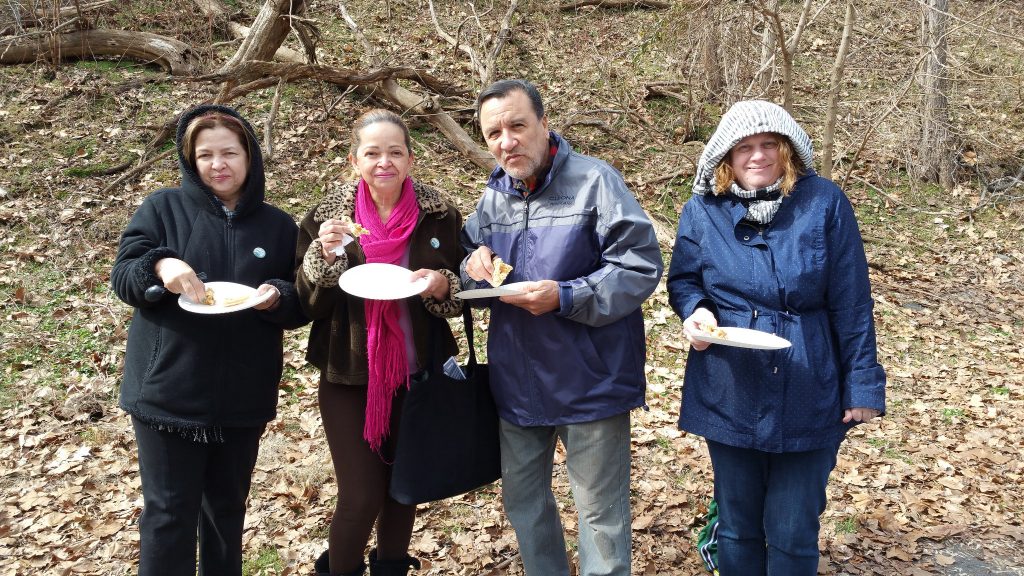 At the end of the program, as each person enjoyed a warm waffle with maple syrup, the groups played a game. They had to choose five statements that were true about making this treat and then unscramble the five letters to discover the “mystery” word.

A big thank you to: Whole Foods Market for donating delicious waffles and maple syrup for all to enjoy. 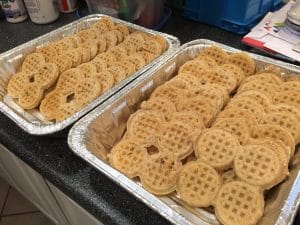 The Philadelphia Streets Department for providing 25 free recycling bins for the community to reduce waste in Philadelphia.

We hope to see you next year at this special event. In the meantime, please visit our upcoming events for more opportunities in the park.