By Pedro Soto and Robin Irizarry 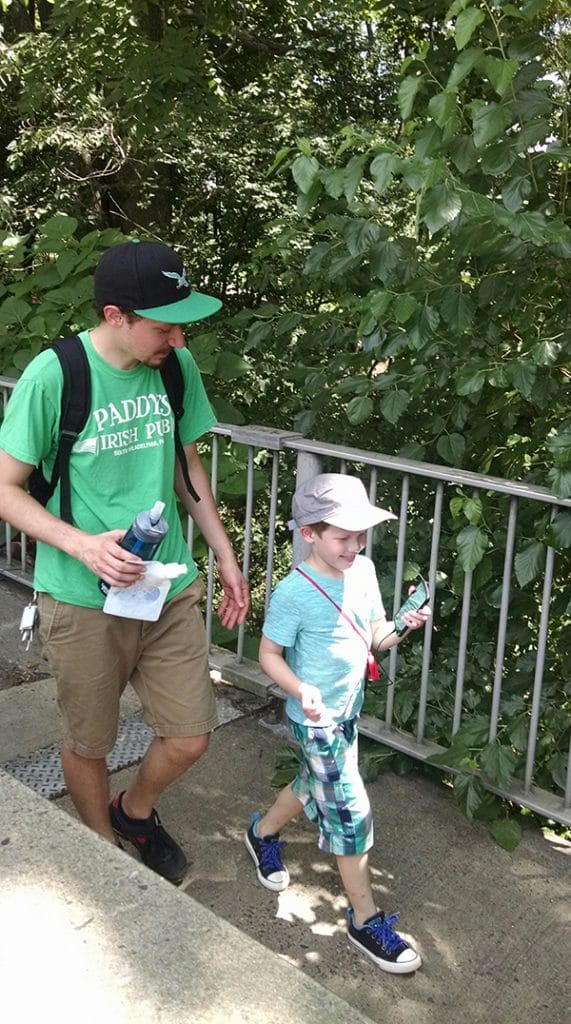 Since its release this summer, the Pokémon Go video game has taken the nation (and world) by storm. Curious first-timers and long-time fans of the Japanese cartoon and video game series eagerly downloaded the game onto their smartphones, which then prompted them to explore the outside world in search of virtual creatures. For many playing, the quest to collect all these creatures provided unprecedented motivation to get up, go outside, and walk around the neighborhood!

Knowing that this game would get people out of their houses led TTF to host the first ever (to our knowledge) Pokémon Go Safari: a guided walk through Tacony Creek Park, led by our Trail Ambassadors (TAs). Equipped with binoculars, their Pokémon playing expertise, and their first-hand knowledge of Tacony Creek Park, the TAs guided 16 Pokémon trainers down the trail in search of virtual and real-world creatures. Many participants were first-time visitors to the park!

The safari started out at the Whitaker Gateway to the park across from the Juniata Boys & Girls Club, heading down towards the I & Ramona Gateway, walking the trail to Fishers Lane Bridge and swinging back around along Wyoming Avenue. From a Pokémon Go player’s perspective it was very successful: trainers managed to capture a fair amount of Pokemon (21 different species – including a Pikachu!) and visit several Pokéstops to gain items and Pokémon eggs. Two virtual Pokémon gyms can be found along the route, which gave the participants a chance to battle together to gain control of the area for their team. 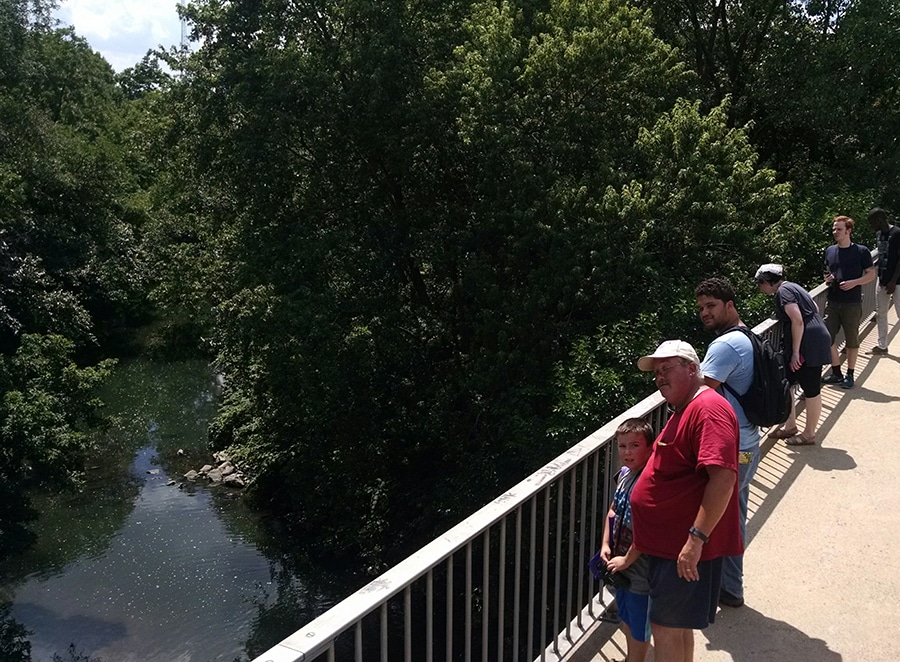 Pokémon weren’t the only focus of the walk though. Along the way many species of birds were seen, including an impressive great blue heron and several frogs and turtles. TTF TAs always enjoy talking with new people about the importance of cleaning up and caring for the creek, and this walk was no different. While everyone enjoyed themselves exploring nature and playing the game, we also managed to gather up 3 full bags of trash from the trail.

We hope you’ll join us on a walk along the trail, and that no matter how you enjoy Tacony Creek Park – riding your bike, running, or even playing a video game – that you learn to love and care for this wonderful place in our community! 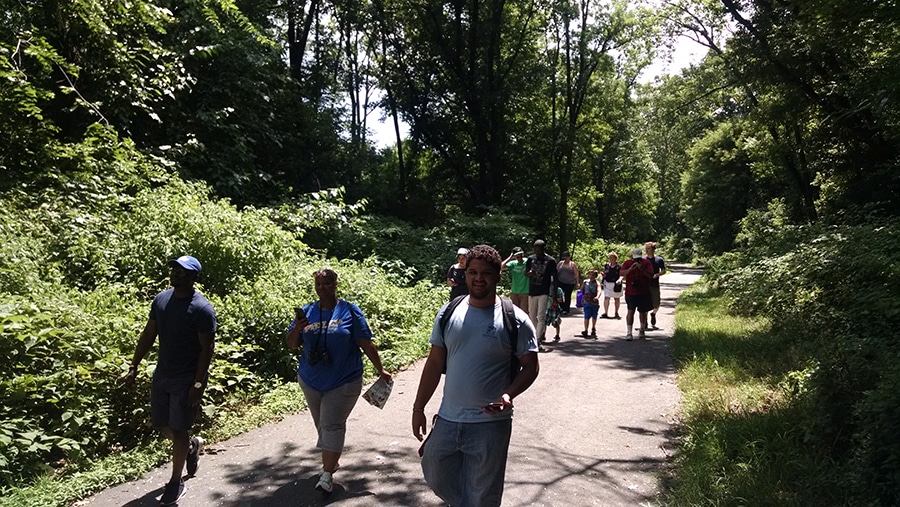