Geoffrey Selling is an amazing TTF Streamkeeper and volunteer! In January, he shared the following testimony at a public hearing of the Delaware River Basin Commission to ban fracking. Learn more about the proposal and hearing here. 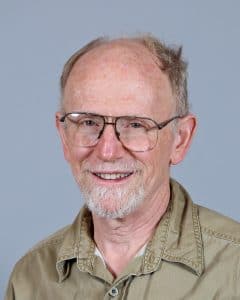 I strongly oppose the hydraulic fracturing process as well as any importation into the Basin of fracking wastewater. Fracking and its wastewater damages both our land as well as the surrounding waterways. There have been numerous incidents of environmental damage from fracking and further impairment of the water quality in our already compromised Basin. Indeed, the William Penn Foundation has allotted 44 million dollars in its DRWI to improve water quality in the Delaware River Basin.

Formal research from the Welch Chair of Chemistry at Rice University has shown that fracking wastewater contains barium, chromium, copper, mercury, arsenic and antimony, as well as cancer causing compounds such as toluene and ethylbenzene. A single fracked well can use over 2 million gallons of water annually, much of which becomes toxically laced wastewater. A study out of Duke University from February of 2017 showed that in Pennsylvania alone, there were 1,293 spills of fracking waste water in a 10-year period—about 130 such spills each year.

This is ultimately the water we and our children drink, in which we wash our babies and with which we cook. We all live downstream from other places—and what happens on the land upstream and in the water rapidly spreads throughout each watershed, compounding the damage as the water flows downhill.

Therefore, I oppose the fracking in general and all fracking related activities in our Delaware Basin, as well as the use of our water for fracking OUTSIDE the basin. There are many ways to produce additional energy. Further damage to our waterways and the water in them should not be considered a viable option. Thank you.