Walking, hiking, and biking. Enhanced safety for children, and scenic routes to schools, libraries, and train stations. Vandalism, lack of privacy, money shortfalls, and traffic conflicts. These are just a few of the topics on Cheltenham Township residents’ minds as the Tookany Creek Trail comes closer to reality.

As a Philadelphia resident for the past eight years with family scattered across Montgomery County, I can understand their hopes, dreams, and concerns. I grew up exploring the world around me on foot and by bike, and I know that a trail is only as good as its connections, only useful — and safe — if it is well-loved and maintained.

Over the past several months, PEC has been helping Campbell Thomas & Co. Architects, the Tookany/Tacony-Frankford Watershed Partnership, and Cheltenham Township gather public input on the Tookany Creek Trail proposal. So far we have interviewed more than a dozen stakeholders and distributed a survey that has received nearly 300 results from Township residents and others in the region. The results and feedback have been overwhelmingly positive so far!

What do we mean by “stakeholder”? Broadly speaking, a stakeholder is a group or individual that has a “stake” in the project at hand, and tends to have some power, influence, or ability to connect or engage people. Stakeholders in this project include the Cheltenham Township School Board Director, Fire Marshal, Deputy Police Chief, Township Planner, members of park friends groups, business owners, people in the bike community, representatives of SEPTA, and the Montgomery County Planning Commission. 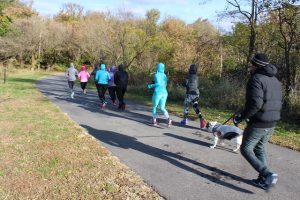 The survey we sent out — for which we are still collecting responses, and which can be accessed here — asks the following questions:

The survey is geared toward Cheltenham Township residents, as the proposed trail will be running through their community. But we encourage anyone interested in trails, and the development of the Circuit Trails in particular, to fill it out!

The vast majority of survey respondents (98%!) were in support of creating new trails in Cheltenham, and roughly 90% of respondents already use the Township’s existing trails — primarily for walking, biking, and experiencing nature — which speaks to a potential need for additional trail capacity.

Survey respondents were very excited about the potential for the Tookany Creek Trail to connect businesses; playgrounds, recreational facilities, and open spaces; SEPTA regional rail stations; schools; libraries; and neighborhoods within the Township.

However, there was some concern — both among survey respondents and stakeholders — about how the trail would be maintained (and by whom), and about the possibility for “opportunity crimes” along the corridor, such as theft or vandalism. Residents have also voiced concerns about decreased privacy for those living just off the trail, as well as traffic congestion both during and after construction.

By and large, the stakeholders we interviewed mirrored the survey respondents in their love of Cheltenham’s existing trails and desire to see new trails added to the system. Several stakeholders spoke about how excited they were that a new trail might soon be available to Township residents! 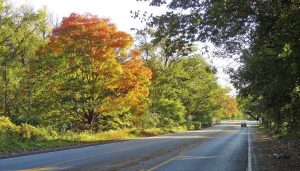 On the topic of potential trail connections, stakeholders spoke about how the Tookany Creek Trail could offer students who walk or bike to school a safer way to get there, as well as a scenic way for residents to access Cheltenham’s libraries. They also noted that the Trail could help connect residents to the Elkins Park SEPTA regional rail station and — poetically — connect Cheltenham’s isolated but thriving “islands of walkability.”

One stakeholder discussed potential links to existing playgrounds and fields, and even mentioned potentially holding recreational events along the trail to generate interest. Stakeholders also echoed the survey respondents in the types of trail amenities they wanted to see. Benches, trash cans, anti-littering signs as well as signage highlighting local wildlife, Cheltenham history, and the story of the Tookany Creek all came up in conversation.

There were some areas of shared concern among stakeholders and survey respondents. Cost was a factor, as several stakeholders mentioned that they did not want the Township to have to spend more on the trail than necessary, and hoped that Montgomery County would pay to maintain it. They also discussed the challenges public safety officials could have accessing the trail corridor, the possibility of theft and vandalism occurring along the trail, and the reduced privacy it could force upon those living adjacent to the trail.

All in all, our outr 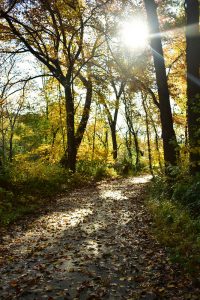 each has shown that there is a lot of interest in, excitement for, and thinking about trails in Cheltenham Township (which we are delighted to see!). It’s pretty clear that all parties involved agree that the Tookany Creek Trail, when built, will be a boon to Cheltenham Township and its residents. I’m looking forward to walking along it.

If you haven’t weighed in yet, our outreach will continue over the next few months, and we urge you to keep your eyes peeled for an upcoming public meeting to vet draft alignments for the Trail. In the meantime, stay up to date by checking TTF’s website, and don’t hesitate to reach out with any questions or concerns!

You can take the Tookany Trail survey here or email me at ZNalywayko@Pecpa.org.