Do you ever see people picking plants in parks or on sidewalks? They’re foraging!

Foraging is the practice of exploring an area to pick wild plants, often for food or medicine, but also for craft and other raw materials. It’s an important practice in many cultures, especially in many of the communities which live around Tacony Creek Park. We often see neighbors foraging in the park!

Foraging is also a fun hobby that many people picked up during Covid. It may be intimidating to start foraging if you aren’t sure what you’re looking for. That’s why we introducing a series of edible plant guides, written by our Alliance for Watershed Education Fellow, MyKyah Vessels. MyKyah will lead two edible plant walks this month: Saturday, August 14 and August 21. You can register here or here!

This is the third of our Edible Plant Guide series which will feature these commonly-seen plants:

Greater Burdock is a biennial herbaceous plant that prefers disturbed soil in meadows and fields. It is native to Europe and East Asia. It has been naturalized throughout North America.

Greater Burdock has large, heart-shaped leaves that are fuzzy underneath. In its second year, purple florets surrounded with hooked bracts appear. Burdock is a thistle and is often confused with Bull (Cirsium vulgare) and Milk (Silybum marianum) thistle. The easiest way to tell if the plant you found is burdock is if the stem and leaves do not have spines. Another look-alike to Greater Burdock is Lesser Burdock (Arctium minus). Greater Burdock, unlike Lesser Burdock, is taller, and its flowers have a longer stem than Lesser burdock. Both burdocks are edible and share uses. 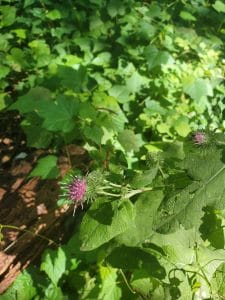 The root, stalks, and leaves are edible. Young roots can be eaten but must be cooked as it matures. They are often pickled, braised, or dried. When dried, they make a lovely tea. The leaves can be used in a salad when it’s young. Burdock’s flowering stalks are peeled and
cooked as a vegetable. The leaves and stems have a bitter taste, while the root has an earthy and nutty flavor, similar to parsnip.

The fibers in the stems and leaves have been used to make paper. Burdock has anti-inflammatory properties, so many use burdock to treat rheumatoid arthritis. Burdock is helpful for skin conditions like eczema and acne by encouraging blood flow to the surface of the skin. Burdock is also often used for gut health. It is a mild diuretic, laxative, and cholagogue.

Concerns
Burdock can lower blood pressure and increase the risk of bleeding.

Annual – A plant that completes its life cycle in one year. When the new season comes, an entirely new plant grows from the seed of the previous plant.

Biennial – A plant that lives for two years. They flower during their second year of life and after the third, a new plant grows.

Bract – A modified leaf underneath or surrounding the flower.

Cholagogue – Stimulates and increases the flow of bile.

Deciduous – A tree or shrub that sheds its leaves.

Herbaceous – A plant stem with little to no woody tissue.

Mordant – A chemical that binds a natural dye to a natural fiber.

Moxibustion (Mandarin: 艾灸)- Is an external treatment in Chinese Traditional Medicine and other countries in East and Central Asia in which bundles of dried Mugwort or wormwood are burned over the body.

Perennial – A plant that lives for more than two years. It survives by its roots when the top portion dies back or is evergreen.

Petiole – The stalk that supports the leaf and connects the blade to the stem. 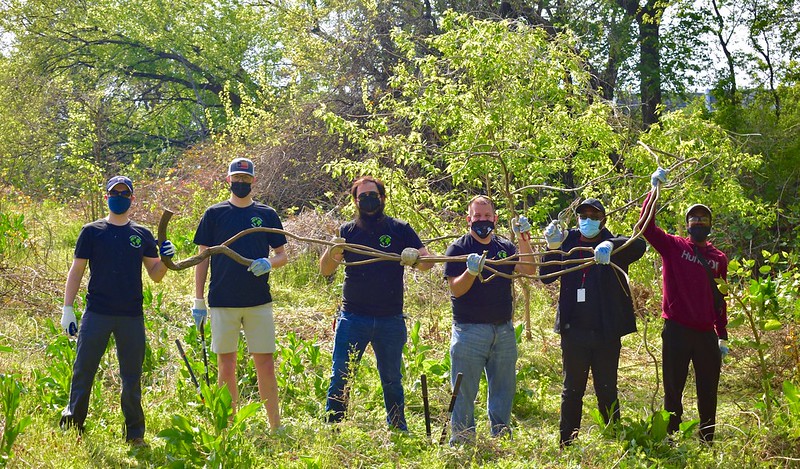 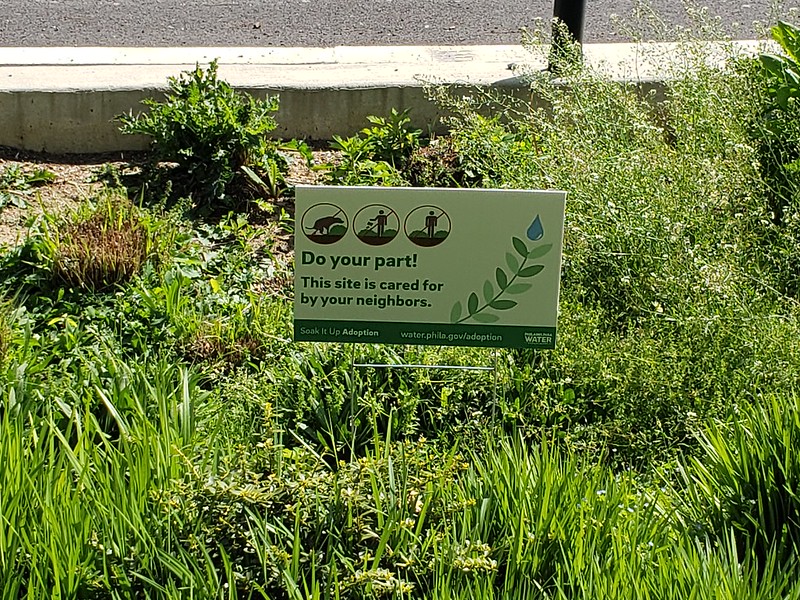