TTF in the News

Celebrate the Work of COVID-19 Champions during the Pennsylvania Parks and Forests Foundation Virtual Awards Ceremony (May 5, 2021)

Discovering the Delaware: Getting to Know the River 'In Your Back Yard' (May 3, 2021)

WHYY: In Philadelphia, even park activities are going virtual (November 29, 2020)

Visits to Pennsylvania’s parks increased by 7 million. Here are the top spots. (October 23, 2020)

The Philly Inquirer: TreePhilly is working around coronavirus to get saplings to homeowners (May 27, 2020)

The Philly Inquirer: Philly giving away free trees, but with social distancing amid coronavirus (May 7, 2020)

The Philly Inquirer: How one community group plans Kensington, Fishtown cleanup, while socially distant (May 5, 2020)

The Philly Inquirer: Are state parks open? Can I go for a hike? Balancing the need to get outdoors with the advice on staying safe during the coronavirus pandemic. (April 10, 2020)

The Washington Post: A green solution to an aging stormwater system (April 9, 2020)

WHYY Plan Philly: Social distancing outside: Where to walk without crowds (March 25, 2020)

Grid Philly: Volunteers monitor the health of the watershed, educate their neighbors and hold the bad guys accountable (January 31, 2020)

The Reporter: Wander by the water during River Days (September 10, 2019)

The Inquirer: Road salt levels in some Philadelphia-area streams hit toxic levels (May 28, 2019)

The Inquirer: From potholes to preservation, how has Mayor Kenney lived up to his original campaign promises? (May 2, 2019)

The Inquirer: Earth Day at 49: Our calendar of events for the week includes City Nature Challenge (April 19, 2019)

PBS39: In search of wildlife for Philly’s first ever City Nature Challenge (March 25, 2019)

Philly.com/The Inquirer: 5 questions: Does your child have nature-deficit disorder? (March 15, 2018)

Circuittrails.org: Making a Difference On the Circuit (January 17, 2018)

The Inquirer: Letters to the Editor “Stronger than floods” (October 22, 2013)

NewsWorks: Tree Tenders Program Branches Out to, and Plants Roots in, Germantown (December 17, 2012)

NewsWorks: Help Plant Some Trees in Germantown (May 7, 2012)

Northeast Times: Collecting rain water can be a barrel of fun (February 16, 2012)

The Philadelphia Tribune: Clearview St. Will Be Energy-Saving Model (May 12, 2010)

Philly.com: Swimming and E-cycling for the Oceans (December 4, 2008) 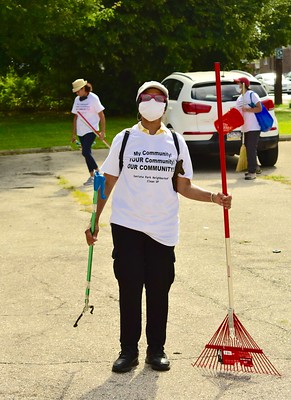 Join us in supporting a thriving watershed and community.

We believe that healthy watersheds support healthy communities and we need your help! Find ways to get involved.

Donate
Get Involved
Scroll to Top