Thoughts on Watershed Awareness in Philadelphia

Tom works for Rails to Trails as a watershed educator. He comes to Philly after working for the New Jersey Department of Environmental Protection on Water Standards. Tom helps with habitat assessments and analysis of data. 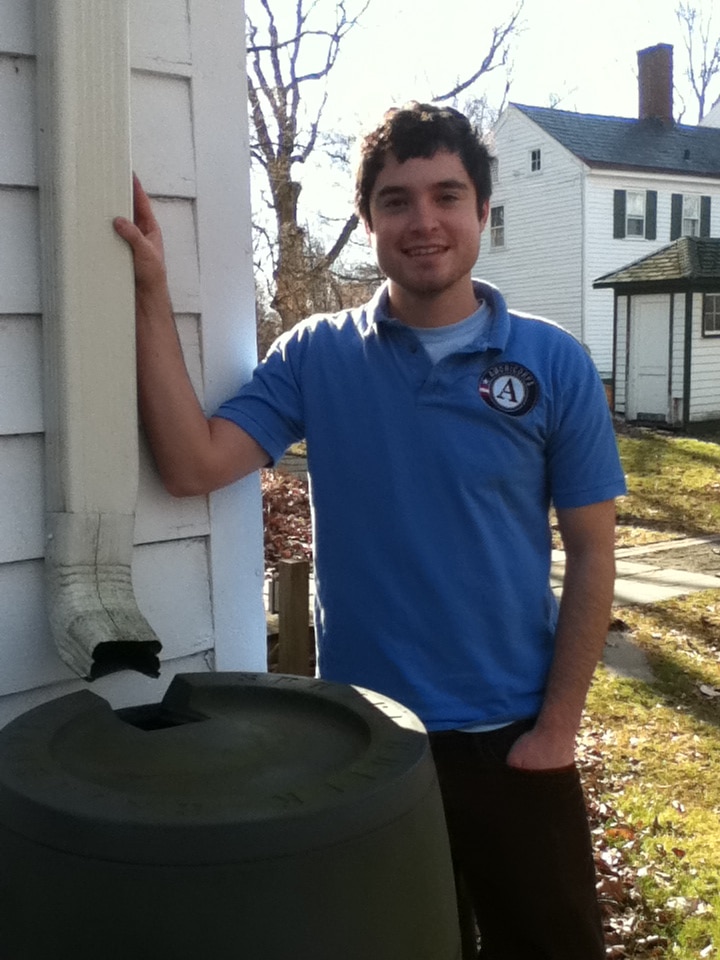 Think of a watershed as the land “shedding” water, similar to an animal shedding fur. In Philadelphia, rain sheds into the Schuylkill River or the Delaware River. Ultimately this ends up in the Atlantic Ocean. Of course there are several creeks and streams which collect storm water first, such as: Cobbs, Wissahickon, Tacony, Pennypack and more!  However, the final destination is always the same.

Philadelphia has gone through a spectacular transformation. As the city developed into an urban metropolis, the stream system took on much more stress. Philly is a city with lost streams. Thirty miles of streams have turned into 300 miles of sewer systems. This is due to the high impact of a dense population using resources. More people produce more wastewater.

Wastewater is often directly expelled into streams which creates an unsustainable situation.  Biological life, stream chemistry and ecological connections are altered. Altered environments produce unpredictable consequences and impair not only the environment but every person living in the community. A cold glass of clean water is something many people take for granted, but in many areas around the world this is a luxury.  Dirty waterways require more money to clean in order to produce drinkable water.

In addition to an increase of storm water runoff, urban development increases the amount of impervious pavement. In other words, impacted soil from construction or increased foot traffic presses the soil tightly. Pavement and concrete also add an impenetrable layer.  Impervious pavement prevents natural infiltration of rainwater into groundwater.  This increases runoff into our streams, which increases stress into our waterways.  In a healthy system, the soil is not too loose and not too tight. This allows rain to flow through the ground to provide hydration for plants and microbes living in the soil. Additionally, groundwater replenishes aquifers and slowly recharges streams with filtered fresh water.

The most common urban solution to storm water runoff is to create sewage drains. The problem with sewage drains is that dirty runoff flows directly into our streams without filtration. In a natural environment, vegetation along water edges also known as riparian buffers filter and slow down rain water, reducing erosion and reducing dirty water. Vegetative roots keep stream banks intact and slow runoff. It is important to avoid mowing right to the edge of the water body.

As future leaders in the greater Philadelphia area, it is important to be aware of how natural systems should behave. Having a sense of “Common Natural Sense” eases inappropriate political decisions and increases best management practices such as planting meadows instead lawns along river edges.

I chose to volunteer as a streamkeeper because I care about the environment. I care to be part of a team that understands that a stream is more than just flowing water.

*Each month, our team of committed citizen scientists — or Streamkeepers — gather valuable data throughout our watershed. These Streamkeepers are the eyes and ears of the creek, venturing out to take photos and fill out information forms. With 21 miles of streams in the upstream part of our watershed, this monitoring would be impossible without their commitment. Our diverse team of Streamkeepers care about the creek! We appreciate their contributions.

This citizen science effort is funded through the William Penn Foundation‘s Delaware River Watershed Initiative (DRWI). The goal of the DRWI is to protect and restore the Delaware River Basin’s water quality and overall ecological health. Participating organizations are implementing stream restoration and green infrastructure projects as well as informing municipal stormwater permits and public investments, using data gathered through aligned, science based efforts. The Academy of Natural Sciences and Stroud Water Research Center are leading the watershed analysis work, and guiding us as we train and mobilize these citizen scientists.