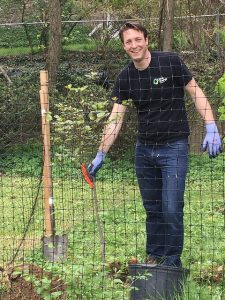 TTF led two projects in Cheltenham this year in collaboration with Sustainable Cheltenham’s annual Earth Day! On April 30th, we worked with neighbors and volunteers to maintain stream-side buffer plantings along Rock Lane at Cedarbook Middle School and further downstream at Rock Lane Park in Elkins Park. The buffer at Cedarbook was planted in 2011 and the buffer at Rock Lane Park was planted in 2014.

More than a dozen local volunteers, including Commissioner Holland, worked with Project Manager Susan Harris of Cerulean, LLC to repair deer fencing, clear downed trees and invasive vines, and clean up trash that had accumulated along the creek. The buffer is once again securely protected from deer as new leaves emerge. Students will be able to enjoy the buffer again when the new school is completed in September of 2017! 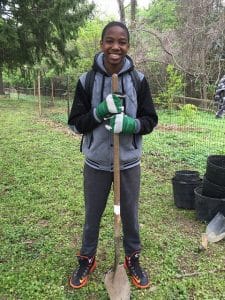 A week before Earth Day, volunteers from MedImmune, LLC, a division of AstraZeneca, spent the day at Rock Lane Park. They removed the original tree tube protection and enclosed these thriving trees into new enclosures of deer fencing. MedImune also donated a supply of tools that we will be able to use on maintenance tasks like this, well into the future!

On Earth Day, more than a dozen volunteers, including neighbors who had helped plan the original buffer, came out to plant 25 new trees and remove invasive vines. These new trees were provided through a grant from the PA Carbon Reduction Fund, an initiative managed by the Pennsylvania Environmental Council in partnership with WGL Energy Services and Sterling Planet. We were so pleased that volunteers from WGL Energy joined us to lend a hand!  It was also an honor to be joined by Representative Steve McCarter and Deb, his wife as well as staffer Bess Trout and Brian Hinson, Cheltenham Parks and Recreation Director! 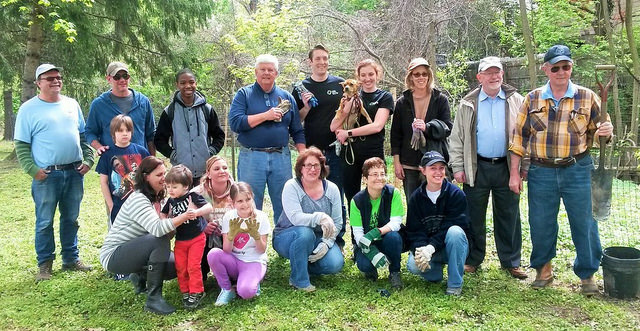 Let us know your ideas for Earth Day projects for 2017!