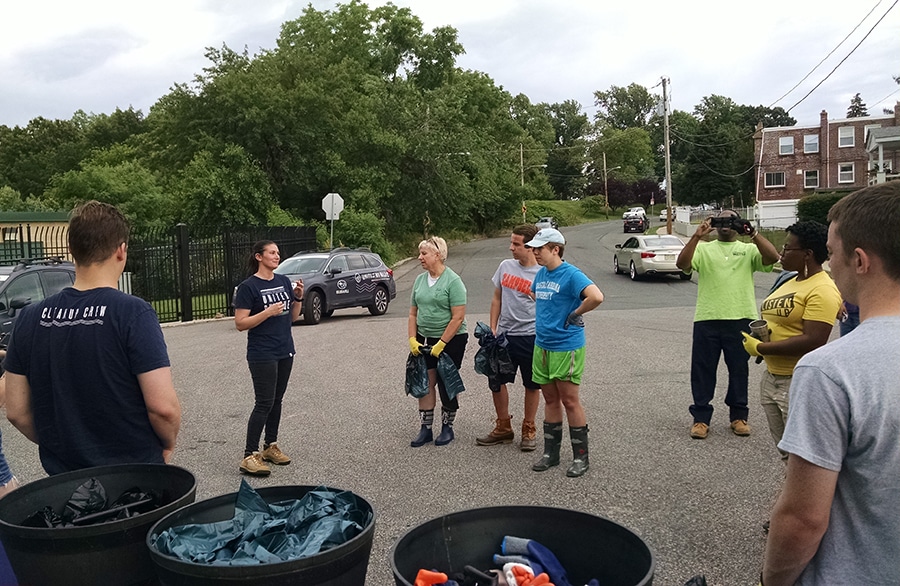 This is a guest post written by Brenna Fallows for Campus Philly. You can see the original article here. Huge thanks to United By Blue for organizing this event!

The first thing that you think of when you hear “Philadelphia” probably isn’t nature or the outdoors. Granted, perhaps we are better known for our history, art, music and food. But considering Philadelphia’s impressive parks system, its close proximity to some of Pennsylvania’s most beautiful scenery, and its position between two major rivers, this city has a lot to offer the natural world, and, in turn, a responsibility to protect it.

Seeking to counteract the notion that Philadelphia isn’t an outdoorsy city, United By Blue was founded in 2010, selling “responsible, durable goods” through their website and flagship store on Second Street. I’m a longtime fan of the brand’s tee shirts, totes, and accessories, but what really draws me to support this company is its commitment to sustainability. They’ve pledged to remove one pound of trash from waterways for every product sold.

This is possible through the support of volunteers that participate in the company’s cleanups. They’ve hosted more than 150 of these events, with an amount of waste exceeding 285,000 pounds removed from waterways throughout the nation.

On Tuesday, June 7, I participated in my first cleanup at Frankford Creek at Tacony Creek Park. I didn’t even know this outdoor space existed until this event, but now I’m excited at the possibility of participating in a bird watch or creek study. Representatives from the Philadelphia Water Department and the Tookany/Tacony-Frankford Watershed Partnership were there to echo the mission of the United By Blue staff, an overall reduction of single-use plastics and the preservation of our oceans by the preventative measure of removing plastics, metals and other non-recyclable waste from creeks and waterways.

Volunteers, filling blue bags with recyclable objects and black bags with trash, diligently scoured the pathways and creek bank. At the end of the event, a staggering 1,800 pounds of trash had been collected in under two hours. Participants voted for “weirdest trash,” enjoyed snacks graciously provided by Philadelphia’s The Living Room Café and Little Baby’s Ice Cream, and won prizes from Waltzing Matilda.

This was what I liked best about the event — the generous, collaborative effort among Philadelphia organizations to do something good for our city and our planet. Plus, United By Blue’s insistence on a hands-on approach to its mission (rather than donating money) really made sense to me — I was exposed to an entirely new outdoor space, I saw how dire its need was, and I walked away with a more pressing understanding of the problems our planet is facing. Fortunately, though, I also walked away more assured in my own ability to make a difference. United By Blue, I’ll be back.

If you’re interested in taking part, there are cleanups throughout summer and fall, within reasonable distance to Philadelphia and the surrounding schools. Plus, registration is free. I can attest that not only is it a good cause, but you’ll enjoy yourself, too, while celebrating the entrepreneurship and ingenuity of a Philadelphia mission-based company that’s making a big difference. 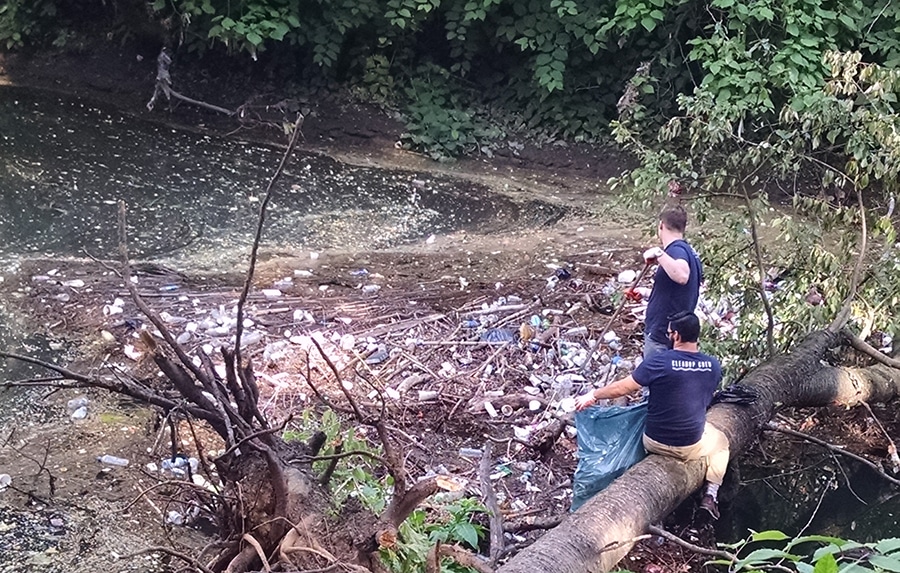