Watershed Lessons at Arts in the Park

On Sunday, June 4th, I attended the 22nd annual Arts in The Park event held at the Friends of High School Park in Elkins Park. It was an extremely beautiful day and tons of people came to enjoy the diverse artwork, delicious food, and fun activities that were available. TTF was there, giving out information about their upcoming events and rain barrel sale, and I was there helping TTF demonstrate the effects of litter and other waste on our watershed. 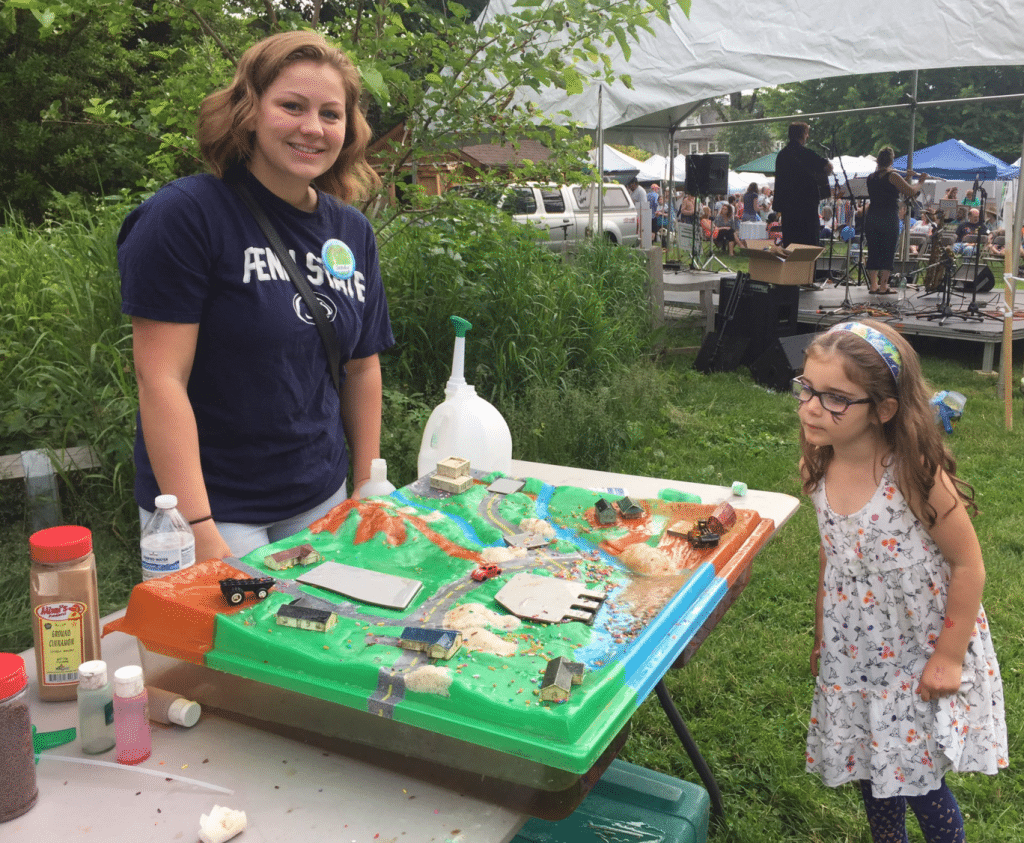 I had a table set up with an Enviroscape, a model watershed containing a neighborhood with houses, an industrial building, some farmland, streets, and a creek and river. We used sprinkles to represent trash and dog poop, food dye as motor oil and other industrial by-products, and cinnamon as dirt and fertilizer. As children approached, I first asked them if they knew what a watershed was. Most had no idea, but to my surprise some had a sense of what it could be. After explaining to them that a watershed is an area of land that drains into a certain waterway after a rainfall event, I allowed them to spread out the sprinkles, food dye, and cinnamon to where they think the waste would come from. After this activity, I asked the kids if they knew where the waste went after a rainfall event. Some answered, “it disappears” or “it goes away” and others couldn’t even guess since this was new material to them. After some thought-provoking questions, the kids were able to make it rain with a watering can. All of the litter, dog poop, dirt, fertilizer, and oil ran right into the waterways of the watershed. I explained to them that residents in Philadelphia get their drinking water from the Delaware River and Schuylkill River, and then asked if the kids would want to drink the water filled with all the dirt, litter, and waste. Everyone answered with a face of disgust and said “Eww no!” After this, I asked if the kids knew of any ways they could help clean up the waterways and essentially our drinking water. “Pick up the trash” and “don’t litter” were among the most popular answers. Other options include: picking up your dog’s poop, making sure motor oil is disposed of properly, planting more grass or native plants especially around the waterways, and placing a barrier between industrial waste and the waterways or removing that waste all together. 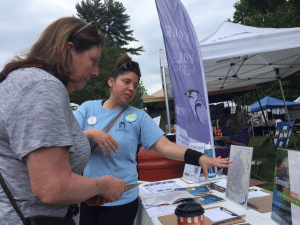 Overall, this activity was really fun and allowed me to promote environmental awareness to young kids who had no previous knowledge on the subject. I liked that kids were learning something new and something that would benefit their health and the health of the environment. I had a great time showing the children my passion and hope I inspired some to go out and tell more people about the ways we can keep our water clean. Every little thing makes a difference in the world, so by teaching the younger generations of environmental protection, the future will be better for them and the earth.