Behind McKinley Elementary School along the Jenkintown Creek, TTF expanded a vernal pool (a seasonal wetland feature), stabilized the streambank, and planted 245 trees and shrubs to support biodiversity in this mature wooded stream corridor. This project was started in October 2016 and completed this past Spring, with funding from the National Fish and Wildlife Foundation and the support of many community residents, students, and volunteers.

We are lucky to have Graham Perner, volunteer wildlife ecologist, working with us to undertake mammal and reptile surveys at this and another Jenkintown Creek site at Ethel Jordan Park.

At McKinley Elementary School, we have used multiple techniques to sample wildlife to better understand the biodiversity of this wetland and vernal pool area. This includes a combination of coverboards, track plates and observations to estimate diversity.  Coverboards are plywood boards placed on the ground, used to sample reptiles and amphibians.  The track plates are sheets of metal covered in carbon powder to record animal tracks left on the plates. When walking the site, we looked for possible signs of animals, including scat and tracks. 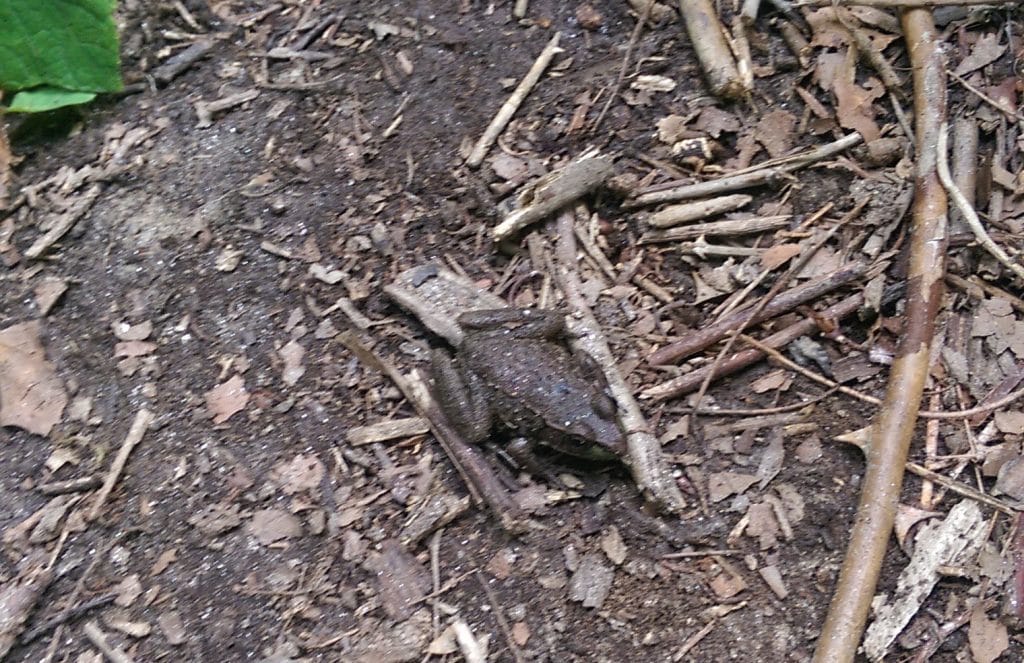 Under the coverboards, we found a combination of invertebrates and frogs.  The invertebrates were mostly slugs, worms and arachnids.  Occasionally we would also find ants as well. Vertebrates found were exclusively green frogs. 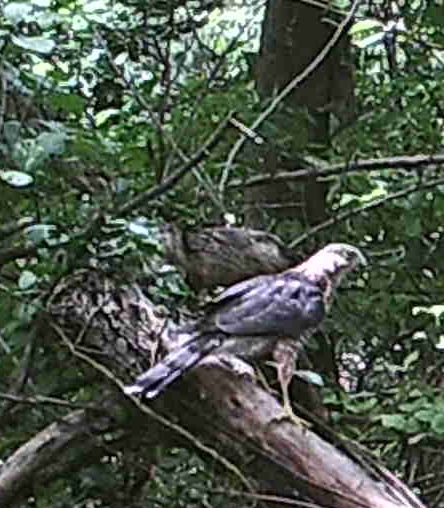 The track plates were unsuccessful due to frequent rainfall. We hope to try these again.

In addition, observations were made during site visits, providing a lot of data about wildlife.  Invertebrates found included arachnids and damselflies. Quite a few vertebrates were also found.  Amphibians seen and heard were mostly green frogs and salamanders.

You can see quite a few birds at this special habitat: American Robins, a variety of woodpeckers, Great Blue Herons, Red-tailed Hawks, and House sparrows. If you visit this site early in the morning, let us know which birds you see! As for mammals, skunks and deer left signs of their presence. You can also see chipmunks, eastern gray squirrels, red foxes, raccoons, and deer of varying ages. 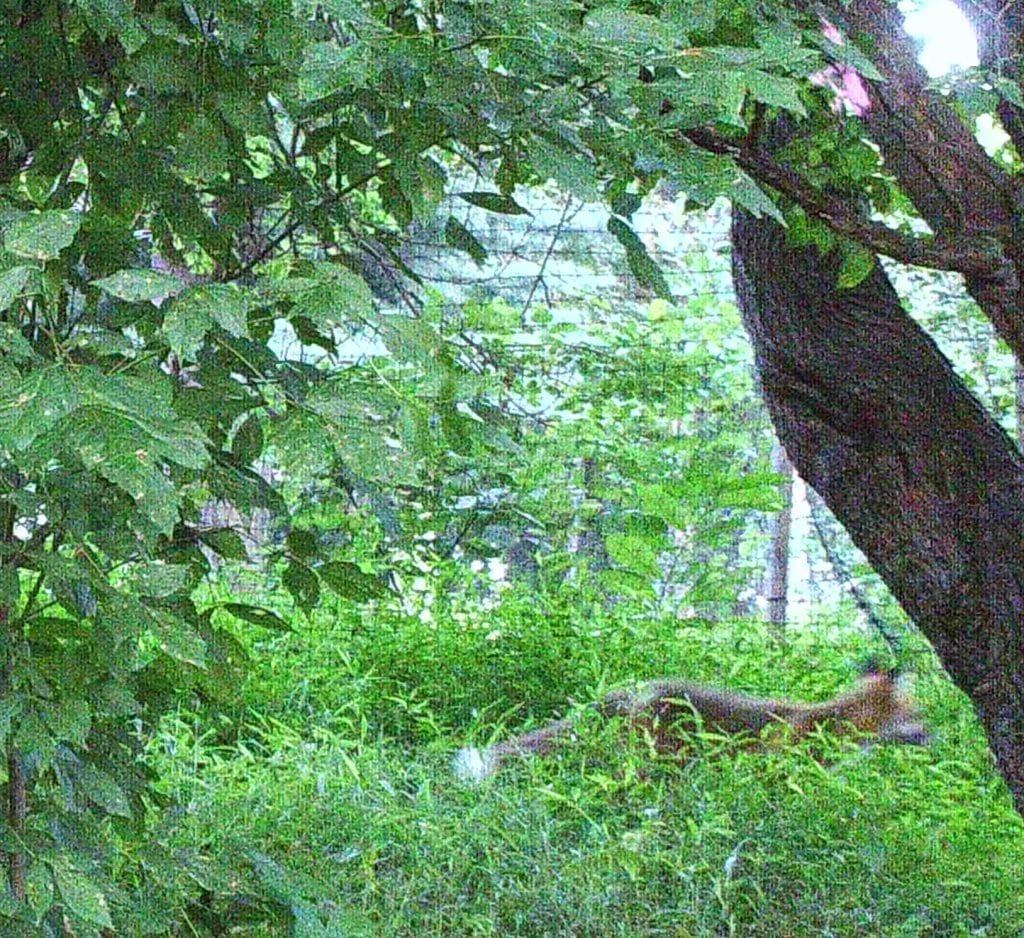 There’s a fairly good sized wildlife population at this suburban location! Would you like to help us with a bio-blitz style survey of all the living organisms, including plants and invertebrates, to really understand the diversity found on the site? Let us know! We’d love to work with you!

You can contact Graham at grahamttf@gmail.com to learn more and volunteer to be part of his mammal and reptile surveys! 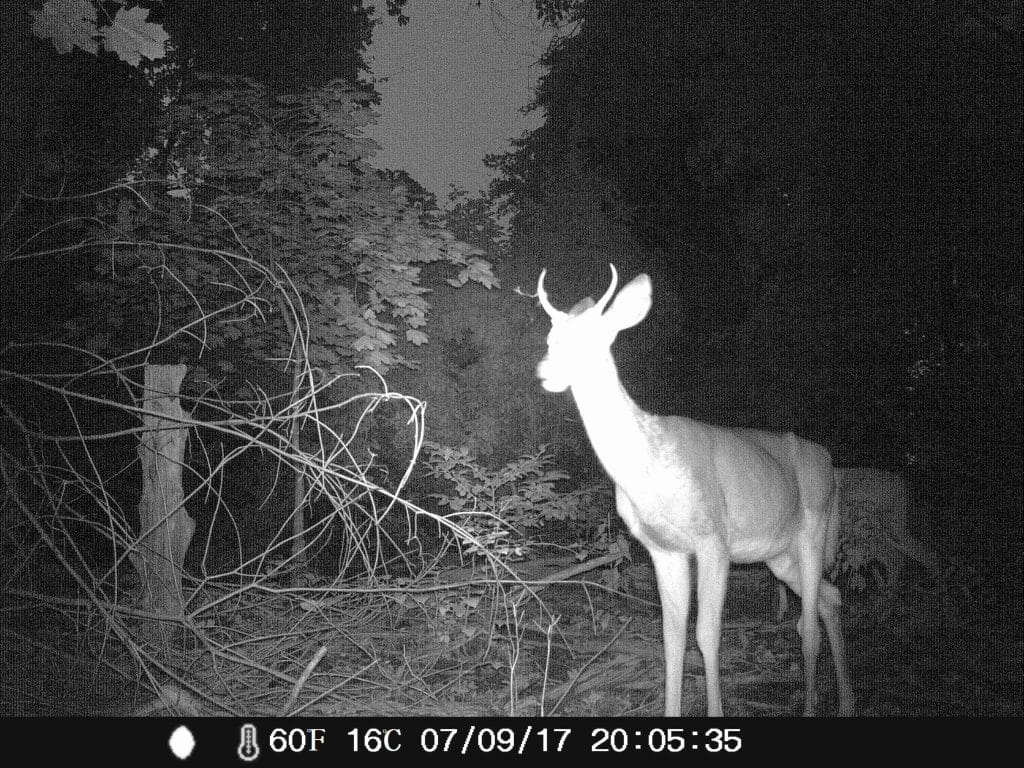