Where do you live? Welcome to my watershed!

Guest blog by Capt. David Bell. He is a U.S. Merchant Marine Officer; an author of books on seamanship, navigation, and ecology; and a TTF volunteer.

Where do you live?

I used to have trouble answering that question.

According to the U.S. Postal service, I live in Glenside PA 19038, but Glenside doesn’t have a government, school system, or police department. Although it physically resembles a town, it is defined, in part, by an arbitrary number—a zip code established by the Postal Service for its own convenience. To further muddy the question, the Postal Service lumps other communities into the Glenside zip code, and what most people consider to be Glenside is split between two separate townships.

According to the tax collector, I live in Abington Township, a seemingly arbitrary rectangle with two pieces missing, like some second-hand geographic jigsaw puzzle. It has a school system, government, and police force, but is made up of disjointed, unincorporated communities, some of which, like Glenside, straddle two artificially created townships. 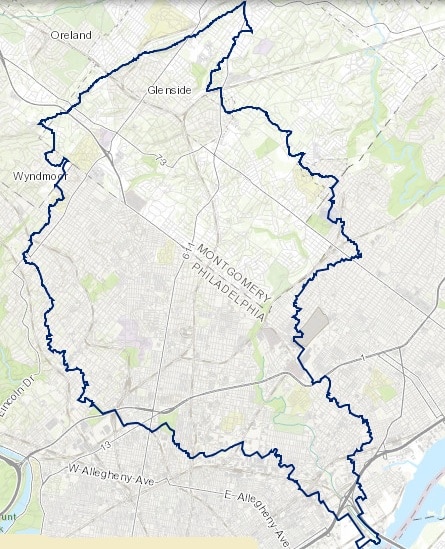 Walking or driving around my neighborhood, I can see where hills and ridges define watersheds. I can walk along the aptly-named Edge Hill Road, defining two watersheds. When it rains, I can follow the slope of land down to the neighborhood creek—the “downtown” of my watershed community. There’s nothing arbitrary or artificial about these natural features. They make sense in ways that zip codes and township line roads don’t.

It’s natural for people to identify with the place they live—from neighborhood to city, county, state, and country. The watery parallels are runs, creeks, rivers, bays, and oceans. For example, Bridesburg and Germantown are neighborhoods with strong identities. Philadelphia has its own identity, as do Pennsylvania and the United States. Likewise, Tookany/Tacony Creek, Frankford Creek, Delaware River, Delaware Bay, and the Atlantic Ocean all have attributes,  sense of place, and memories with which I can identify.

Now when anyone asks me where I live, I say “I live in the Upper Tookany Creek Watershed.”

Sure, most people don’t know what I’m talking about, but that opens the door to discussion in a way I can inform about and advocate for the place I live. 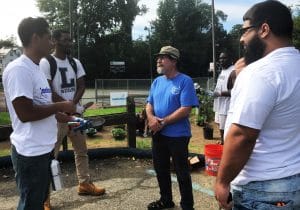 You can find your Philadelphia region watershed by clicking here. We will be posting an interactive TTF watershed map soon!

Interested in being part of our work? Learn more about being a Streamkeeper or lending a hand as a volunteer.